Nitrogen-powered cryotherapy machines gain popularity in the beauty industry for their synergy in anti-cellulite and weight-control programs, as well as for their anti-stress and anti-age effects that help enhance beauty from the inside out.

How does whole-body cryotherapy work?

When the body is enveloped in the cold air with temperatures lower than any registered in the natural environment, multiple cold receptors fire signals to the central nervous system to alert it about the perceived danger. The brain then sends orders to all peripheral body parts to reduce blood supply there, concentrating instead on accumulating the blood in the body core to save the most vital organs. During the short duration of the treatment, the temperature of the body core and internal organs remains stable. The temperature drop is only registered on the skin, though not lower than 8C.

A session in a cryosauna lasts 3 minutes maximum. When the surrounding temperature gets back to normal after leaving the cryosauna, the body starts pumping blood back to the peripheral parts – muscles, joints, and skin. Boosted blood flow triggers metabolism and all recovery processes in the human body, like flushing out metabolites and toxins, replacing damaged cells and removing dead cells from peripheral tissues, thereby regenerating and rejuvenating the body at the cellular level.

Businesses where whole-body cryotherapy is used

Regular cryosauna treatments result in firmer and tighter skin, smoothed out fine lines, brighter and more youthful complexion. Healthy skin is closely linked to overall health. Therefore, while freezing temperatures revitalize and rejuvenate the body on the cellular level, the effects show outside, too. Cold treatments also promote a deeper and more restful sleep, oten touted as a beauty pill.

Many studies demonstrate the efficiency of whole-body cryotherapy as an additional treatment for inflammation and pain in, for example, arthritis, osteoarthritis, and fibromyalgia. The analgesic and anti-inflammatory effects of super cold treatments promote healing in post-surgery and post-injury recovery.

Cold therapy has been found useful in neurological diseases, including multiple sclerosis and psychiatric disorders such as anxiety–depressive syndrome. Good results were obtained for various skin conditions, like atopic dermatitis, eczema, psoriasis.

A cryo center offering whole-body and local cryotherapy is a viable business idea, as it allows targeting a wide range of customers. Both cold treatments complement each other. While many customers would question paying for a 3-minute whole-body session, adding 8 to 15 minutes of spot cryotherapy treatment helps seal the deal. Local cryo for the face, neck, and scalp with an accent on stimulating the vagus nerve behind the ears enhances and heightens the whole-body experience to get the best results. Also, local cryotherapy helps heal injuries on areas usually covered during a whole-body cryo session, like feet or ankles.

Budget your one-time costs to cover buying cryotherapy equipment, as well as furniture for the reception and treatment rooms, installing proper ventilation, and arranging your personnel’s training.

In some countries, licenses or permits might be needed to operate cryotherapy centers. Consider looking into this issue in advance to run your new cryotherapy business smoothly.

We have extensive experience in opening cryotherapy centers all over the world, and we would be happy to give you advice. 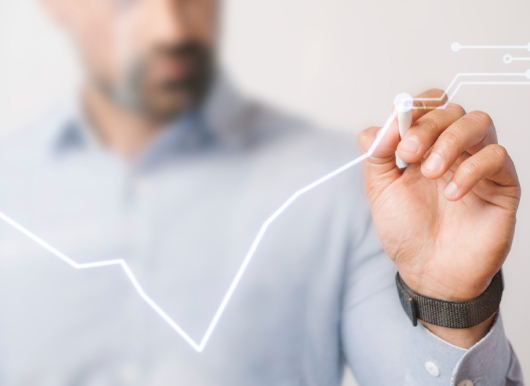 Power consumption in cryosaunas is negligible, but you need to budget your nitrogen consumption wisely. It greatly depends on the way you schedule the appointments. With back-to-back sessions, when pre-cooling is needed only before the first session, the consumption will be lower compared to single sessions with long intervals in between.

The average consumption in our cryosaunas ranges from 2.5 to 4.05 liters per session, which is the lowest in the market.

As for power consumption, cryosauna operation mode requires up to 1.5 kW per hour. In a drying mode, a machine consumes about 700 W per hour.

Any cryotherapy machine needs to be dried at the end of the working day for 3 hours. Drying is automatic, the machine switches off afterward. Depending on the model, it may be necessary to dry the cryosauna after every 10 consecutive sessions or after two hours of operation. In this case, it is enough to dry the machine for 1 hour. 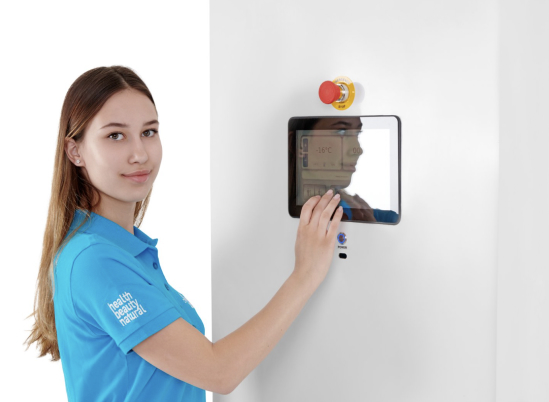 Session pricing depends on your nitrogen costs. Usually, we recommend three levels of pricing. The highest price is charged for walk-ins, unscheduled sessions where you need to make pre-cooling. Scheduled sessions are usually priced lower, because you cool the cryosauna only once before all the sessions. The third level comes into play to encourage return customers. You can offer blocks of five, ten or twenty sessions at a discounted price.

To calculate the break-even point, bear in mind that a whole-body cryotherapy session usually lasts 3 minutes maximum and is priced at around 35 EUR. If you have at least 10 cryotherapy sessions per day, in one month, including weekends, you can have as many as 300. This workload only takes several hours from your working day and allows earning at least 10,500 EUR monthly. Deduct your one-time costs and monthly expenses, and you get your net profit.

Many businesses reach their break-even point within 13 months after buying cryotherapy equipment.

We offer a 3-year warranty for spare parts. The majority of technical or operation issues may be solved remotely by our support team and engineers due to the one-click Wi-Fi connection available in all our models.

At first, we should understand how whole-body cryotherapy works. Whole-body cryotherapy is a complex procedure that requires a cryosauna, such as Cryomed Pro or Cryomed One. That is a device large enough to place a patient inside. Then the patient experiences short exposure to temperatures about -170°C (-274°F). The patient wears only underwear, protective slippers, and gloves during the procedure. Whole-body cryotherapy produces a significant effect on increasing the blood flow and enriching it with oxygen and the necessary enzymes.

The main application fields of whole-body cryotherapy are following:

At the same time, cryotherapy side effects are minimal and bear no risks with a professional operator who sticks to all standard safety tips.
The main contraindications to whole-body cryotherapy are as follows:

What is a cryotherapy machine?

Read about the differences between cryosauna and cryo-chamber here.
Operation principles
Cryotherapy machines run on liquid nitrogen.
Cryotherapy machines run on liquid nitrogen from a plumbed liquid nitrogen dewar.
Liquid nitrogen is nitrogen in a liquid state at low temperatures (−195.79 °C or −320 °F). It is produced industrially by fractional distillation of liquid air. It is a colorless, low viscosity liquid widely used as a coolant. Its ability to maintain temperatures far below the freezing point of water makes it extremely useful in a wide range of applications, primarily as an open-cycle refrigerant.

78% of the air we breathe consists of nitrogen, which isn’t dangerous by itself. But client-busy cryotherapy centers require good ventilation. In small, poorly ventilated rooms, the oxygen content can fall below 20% (of volume), resulting in tangible discomfort or even loss of consciousness.
During the cryo session, clients should wear protective clothing to prevent frost-bites. These clothes include dry socks, slippers, briefs for males, and a combination of briefs and a top for females. The study on the influence of extremely cold temperatures produced by cryotherapy machines is in progress. However, still, most results reveal a more pronounced stimulation effect of whole-body cryotherapy than a localized one.
What is a cryotherapy machine (cryosauna)?

The price of cryotherapy machines depends on the additional features and their options.
Here are the most popular models of Cryomed cryosaunas:

Is cryotherapy the same as an ice bath?

In cryotherapy, a dry rush of cold air is used instead of cold water. This makes the body respond to triggered cold sensors on the skin’s surface unlike the deeply penetrating cold of the ice bath.
In a traditional ice bath, cold water causes the body to warm blood in its core and transport it to dilated vessels in outer tissue. The body is forced to overexert itself to prevent the skin surface from freezing.

While in an ice bath your body actually feels like it’s freezing, the main cryotherapy benefit is that it “tricks” the body into applying enhanced healing mechanisms without the penetrating cold.

Who would say no to a more comfortable session experience where the total time your body is exposed to cool air is never more than 3 minutes?
In addition, one cryotherapy course (10-20 sessions) equals 2 to 3 years of ice bathing.

After 20 years in manufacturing cryogenic equipment for the beauty, sports and wellness markets, we decided to expand our offer with beauty equipment to help our customers complement cryotherapy with other treatments that help create package deals to solidify customer experience and ensure their loyalty.

Building a client base for your hair removal clinic